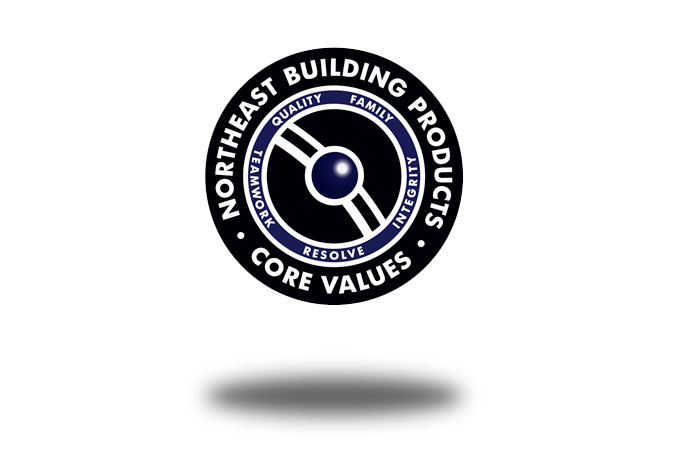 Northeast Building Products Corporation (“NBP”) is a Philadelphia based manufacturer of energy-efficient windows and doors. Founded in 1975 by Irv and Elaine Levin, NBP is now owned and operated by the founder’s son, Alan Levin, and his wife, Fran Levin. In 1975, Irv and Elaine had a vision for their future. Irv, with a hardware and plumbing background, saw the opportunity to go into business on his own. After purchasing 2 rivet machines and basic window manufacturing equipment, Irv and Elaine rented their first 2500 square ft. building. On that day, Northeast Aluminum Window Corporation was born. In the following years, Irv and Elaine continued to grow their company by following strict customer and employee centered practices. Their belief was that cultivating deep and personal relationships with their employees created a positive and uplifting culture that lead to more efficient and diligent work. Subsequently, their customers received a better product and service. Irv and Elaine never fell short of exceeding the expectations of their contractors, offering assistance with loading trucks to hot beverages and food in their office every morning. It was this care and enthusiasm that made NBP feel like a family from the employee to the contractor. By 1987, Northeast Aluminum Window Corporation had grown significantly by increasing their square footage, employee count, and customer base. 1987 would be a significant year, with the introduction of Vinyl windows. Irv and Elaine’s careers ended with their retirement in 2002. Their legacy lives vicariously through the values they created at NBP throughout their years that still are followed to this day. Irv and Elaine’s care for their product, but more importantly their people, who they consider family, makes Northeast Building Products Corporation a unique and special company. Their son, Alan Levin, took over NBP in 2002 and assumed the role of President and CEO.

Alan Levin began his first NBP venture at the age of 7, working alongside his parents after school and during summer vacations lending a hand in the factory. He continued his work at NBP through his teen years and in 1986, Alan joined the family business on a full-time basis. As one of his first achievements, Alan convinced his parents to transition from the aluminum window and door line to a vinyl window line, which would eventually become NBP’s top revenue producer. Alan continued modernizing the plant and began to expand the company’s geographic reach. Alan’s unmatched commitment to environmental responsibility and devotion to creating quality products led him to become the first manufacturer in the world to manufacture the Sashlite® window spacer system, the most energy-efficient window technology of its kind. Sashlite® technology reduces energy, materials, and space requirements during the production stage, and allows consumers to reduce their energy usage via superior thermal performance. In 2009, NBP continued its expansion by announcing the rolling out of its home entry door program. NBP current product line includes: Camelot®, Crusader®, TrustGard™, Pro Series, and WinForce®.

Today, Alan continues to innovate and to invest heavily in energy-efficient technologies and operating practices. Alan, along with his wife Fran, who serves as the company’s senior executive vice president, believe that Northeast Building Products is poised for continuous growth and prosperity. Northeast Building Products currently functions with over a half million square feet, spanning over 12 states. NBP has refined its values to 5 core words. NBP believes that by exemplifying Family, Quality, Integrity, Teamwork, and Resolve they can be successful from its suppliers to the homeowners.

NBP is engrained the local and greater Philadelphia community, often working with engineering high schools and youth groups to offer mentoring and career guidance. As well, NBP has a strong partnership with groups like Habitat for Humanity who help build homes for those in need. NBP community outreach has been, and will always remain an inherent value as the company has grown outside the community.

ABOUT WINDOWS
WINDOW TYPES
ENERGY EFFICIENCY
WINFORCE: FOR GOOD
GLOSSARY OF TERMS
F.A.Q.
ABOUT DOORS
ENTRYWAY BASICS
LET THERE BE LITE: GLASS
PLAY IT SAFE: HARDWARE
RETURN ON INVESTMENT
F.A.Q.
ABOUT US
THIS IS NBP
THE HARVEY FAMILY
A HISTORY OF HELPING
MORE PRODUCTS
F.A.Q.